A firm using artificial intelligence (AI) to monitor businesses’ calls has already doubled the number of calls it analyses each month this year, as the City watchdog’s consumer duty deadline edges closer.

Voyc, a South Africa-founded technology firm which has since switched its focus to the UK market, took the Financial Conduct Authority’s high level themes and applied them to its AI.

The monitoring software has built-in alerts for 69 different types of vulnerable customer, and listens to whether or not sentences are said on calls to help firms prove to the regulator that they are actively avoiding consumer harm.

Advice firms are among a number of client types Voyc currently provides its service to in the finance sector.

“Before this technology, firms would have a supervisor listening to six calls per adviser a month. Now they’re under pressure to do more coverage,” Matthew Westaway, Voyc’s co-founder and chief executive explained.

“We can help smaller firms with the same compliance requirements as larger firms.”

In January, the company was monitoring 538,683 calls a month. By March, this number had jumped to 1.3mn.

Westaway and his co-founder, Lethabo Motsoaledi, moved their focus to the UK due to the regulator’s attention to higher levels of consumer protection in the retail financial services industry.

By April 30, 2023, UK firms will need to ask themselves what outcomes consumers should be able to expect from their products and services, and act to enable rather than hinder these outcomes and assess the effectiveness of their actions.

“The regulator here has much higher expectations of customer treatment than anywhere I’ve seen and that’s our DNA,” said Westaway. “We wanted to go to a market where we can really help.”

Most of the firms’ growth since it launched in the UK has been in the advised space - particularly mortgages and protection.

Its technology gives each call made by an adviser to a client a score, determining whether the call is or is not compliant.

A full transcription of the call is generated. Grading relies on the comparison between what an adviser says on the call with statements the adviser must say on the call for compliance purposes.

By using AI to listen to whether or not sentences are said on each call made through a business, Westaway said advice firms can move away from scripts on Word documents and Excel-based reviews.

“The manager can match up statements to part of the call and go straight to the calls that failed,” Westaway explained.

As well as its vulnerable client alerts, which cover things like job loss and financial difficulty, advice firms can also use the technology to identify a client who will likely lapse or is unlikely to pay a premium on a protection policy.

The AI detects phrases around affordability to this, generating another type of notification for managers.

“It’s the Hawthorne effect. We’ve seen a 30 per cent improvement in adviser and agent performance at firms which have implemented this. That’s because 100 per cent of what they’re saying is being monitored,” said Westaway. 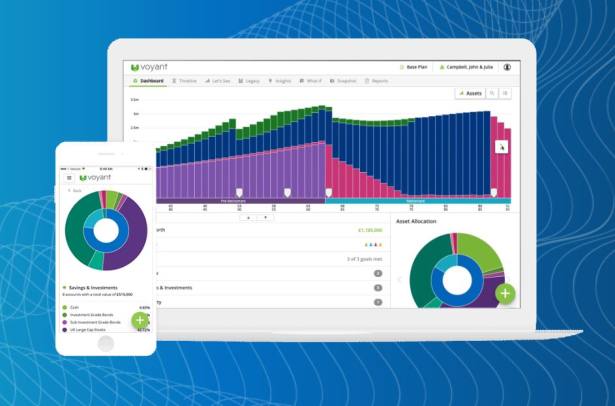 Mortgages Protection Technology Growth
A service from the Financial Times