Imposter syndrome has reared its head many times during Sarah Lees’ paraplanning career, so much so it has caused her sleepless night filled with dread she might get sacked.

Lees shared her struggle with a syndrome often cited as a key barrier for women trying to progress in their careers.

She said every time she filed a report to compliance, she couldn’t help but think something she’d submitted was inaccurate, or fear that her firm was going to ‘find her out’ and fire her.

“I used to lie awake at night thinking ‘I’m going to get sacked’...It got a little bit better after I got my qualification, but it [imposter syndrome] was still there a lot,” said Lees, who is now a chartered financial planner working as one of Mazars’ paraplanners.

During her time as a paraplanner at Towry, a national advice firm which Tilney acquired for £600mn in 2016, Lees left work to have her daughter. When she returned to Towry a year later, the market and the economy had moved on.

Speaking at the CISI's Paraplanner Conference earlier this week (May 18), Lees told attendees: “I was tired, I was stressed, trying to do the nursery run, while trying to get back on my feet again.

Lees started to rebuild her confidence and re-learn the processes she had done without a second thought just a year earlier. “ But I still had that panic when my report went to compliance, still feeling I was going to be ‘found out’,” she said.

Soon after returning to Towry, Lees decided to move jobs. She wanted to prove to herself she could be a good paraplanner in more than just one work environment. So she moved to Mazars as a senior paraplanner, based in Poole, a coastal town in Dorset.

He was on my shoulder again, whispering in my ear ‘you can’t do this, you’re not good enough’.

“As you can probably guess, it didn’t quite turn out that way - changing jobs. I actually really struggled. I was the only paraplanner in my office,” she explained.

“I got stressed. I was missing things I shouldn’t have missed. I felt like I was drowning a little bit…All of that ended up having the opposite effect on my confidence, and then my imposter syndrome came back. 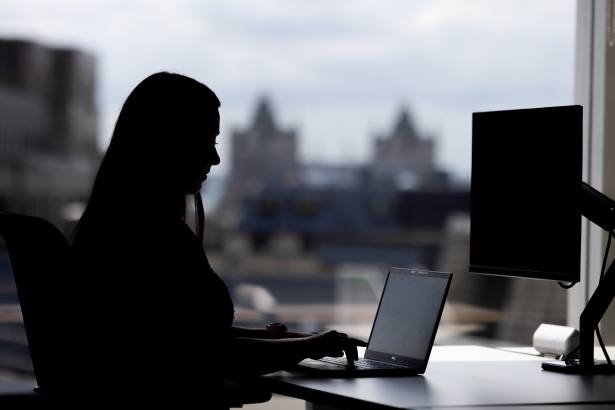 Paraplanning
A service from the Financial Times