Issues at the Chartered Insurance Institute remain ongoing as a number of advisers have faced delays in the issuing of their Statement of Professional Standing certificates.

The Financial Conduct Authority requires all retail investment advisers to hold an SPS certificate which can only be issued by an FCA appointed accredited body, such as the CII.

The purpose of it is to confirm that an adviser has adhered to a code of ethical standards, holds the required qualifications for the activities they undertake and has completed appropriate CPD.

However, some advisers who are approaching the expiry of their current certificate are unable to receive an updated certificate due to IT issues at the CII.

Speaking to FTAdviser, Eleven 2 Financial Planning founder Greg Moss, said the SPS was essential to practice but the Personal Finance Society has said they currently have an issue that doesn't recognise some of those, like himself, with an active membership and was therefore holding up the certificate even though it has been approved.

Moss said upon speaking to someone at the body, he was told it was to do with new IT systems.

“I've emailed and they have a 10 working day turnaround time to respond so that takes me uncomfortably close to my expiry date for the current SPS,” he said.

He also raised concerns about the PFS's failure to notify advisers of this issue given it is affecting several members.

“I believe that technically we're not supposed to practice without a current SPS, so as a small business I'm concerned we will have a choice between making losses or being technically non-compliant for an unknown period because our professional body can't issue a system generated PDF,” he said.

Moss added: “We take our regulatory responsibilities very seriously and it's important that we can tangibly demonstrate our adherence to ethical standards and principles.

“We make the SPS available to prospective clients and encourage them to ask for this type of evidence when they are doing their due diligence on us.

“All organisations have back office issues, but I would expect them to be giving a lot more clarity on how and when it's going to be resolved, and to have some sense that they understand it's a potentially serious matter.”

A spokesperson for the CII said there has been a delay in issuing “a small number” of SPS certificates.

“The cause of the delay has been identified and members will receive their certificates before their renewal date.”

Last month, a financial planner claimed that the CII’s exam booking service was “extremely poor”, and "no longer fit for purpose" after it took him more than three weeks to book an exam.

In April, FTAdviser also reported that the CII was continuing to face technical issues after an IT glitch prevented individuals from accessing exams at the centre.

Graham Stewart Lockhart, paraplanner trainee at Lockhart Consultancy, said he turned up to a test centre in Glasgow and the invigilator was unable to sign him into the system. 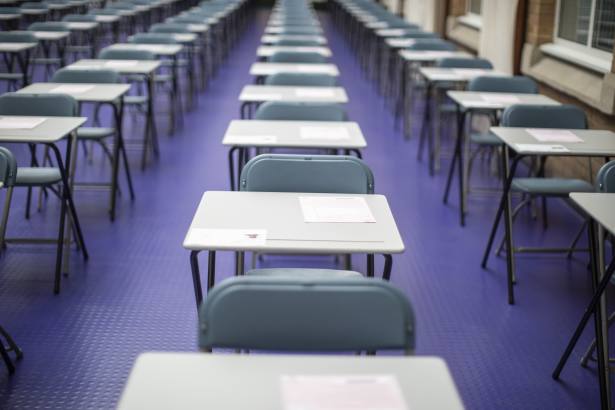