Advisers may benefit as companies seek to upgrade their auto-enrolment contracts to better deals, Aviva has suggested.

The provider predicted the development of a secondary auto-enrolment market in which businesses would look to move providers in search of the best offers.

Aviva’s head of financial research, John Lawson, said it has already seen signs of this market developing and was currently processing double-digit enquiries for potential transfers each week.

The provider suggested firms looking to switch would be poised to use an adviser to help them make their decision, which could in turn prove a valuable business opportunity for advisers.

Mr Lawson said some firms were already approaching re-enrolment and may think twice about sticking with their existing provider.

He said: "Many businesses have had their workplace pension in place for a few years now, enough time to assess whether it is delivering what the employer hoped for.

"This could be a real growth area for advisers who can help employers ensure they are still compliant, evaluate the pension scheme and advise whether moving to a new provider could be in the best interests of members."

Auto-enrolment was introduced in October 2012 and requires firms to undergo a cyclical re-enrolment process, whereby they have to re-enroll their staff every three years.

Firms were enrolled on a staggered basis, with the largest firms being staged first, followed by medium and then small companies.

All existing firms were expected to have enrolled their staff by April 2017, followed by all new employers by February 2018.

Aviva's head of business solutions, Malcolm Goodwin, said the biggest issues with auto-enrolment were service administration and sometimes price, even though charges for workplace pensions are capped at 0.75 per cent.

A better digital experience, such as being able to link with their payroll system provider can also be incentives to change scheme providers, he said.

Introduced in 2012, auto-enrolment has now reached nine million people, with opt-out rates of less than 10 per cent, according to The Pensions Regulator.

Mr Lawson said: "The increase of auto-enrolment contributions is going to be the main show in town in terms of pensions, especially in the first half of the year."

But, he said, Aviva's research indicated a mere 4 per cent of people would definitely opt out when contribution rates increase.

The government recently published its review of auto-enrolment, saying it would lower the age for auto-enrolment of workers into workplace pension schemes from 22 to 18-years-old by the mid-2020s, and change the way pension contributions are calculated.

Lowering the age threshold will bring 900,000 more workers into saving an additional £800m through a workplace pension.

Workplace pension contributions will be calculated from the first pound earned, instead of the £10,000 lower earnings limit, which would bring an extra £2.6m into pension saving, according to the Department for Work & Pensions. 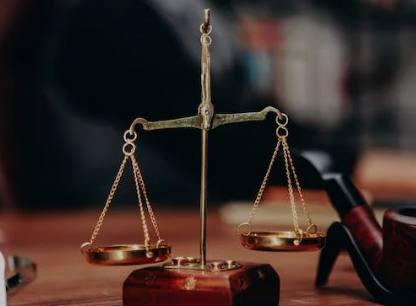 Pensions Automatic enrolment Auto-enrolment
A service from the Financial Times