The chief executive of Aviva Investors has warned it will take action against company directors if they do not meet its expectations on sustainability improvements.

In a letter sent to 1,500 companies in which Aviva Investors is invested, Mark Versey said the fund house will focus on their performances against four themes: biodiversity, human rights, climate and executive pay.

He said the company would hold both boards and individual directors accountable at companies "where the pace of change on climate, biodiversity and human rights does not exhibit sufficient urgency".

“We acknowledge the magnitude of many of these challenges and will evaluate companies on the  strength of their commitments and their ability to demonstrate progress over time,” Versey added.

“We want to encourage companies to consider the whole picture of sustainability because this is how they will create the greatest return for shareholders, while helping to build a better future for society.”

Versey’s letter highlights the potential impact asset managers could have on the companies they are invested in.

Last year a charity criticised the UK asset management industry, saying it was "failing" to resolve the vast majority of social and environmental issues in the companies they were invested in.

Data from ShareAction showed that of a selection of 169 shareholder proposals, only 21 per cent of environmental and social resolutions received more than 50 per cent of shareholder support.

Aviva Investors, which has £262bn in assets under management, voted against the re-election of directors at 137 companies for lack of progress on ethnic diversity, and at 85 companies due to human rights concerns.

Versey highlighted that the fund house will not look kindly on companies that focus on just one area of sustainability, saying it would be a “less effective approach” as it may trigger “negative impacts” that would undermine another aspect of the transition to a sustainable economy.

“Simply cutting emissions but allowing the destruction of the rainforest to continue will do little to reverse global warming. Companies need to adopt an integrated approach for maximum benefit,” he said.

One of the areas Aviva Investors wants firms to focus on is linking executive pay to how effectively firms align with its sustainability goals.

These goals include all businesses developing climate transition plans, with those firms in higher-impact sectors presenting them for shareholder approval.

Firms should aim to halve their global greenhouse emissions by 2030, and work towards net-zero emissions in 2050, it said. The firm added it also expects companies to develop biodiversity action plans, as well as assessing the potential human rights risks of their business activities. 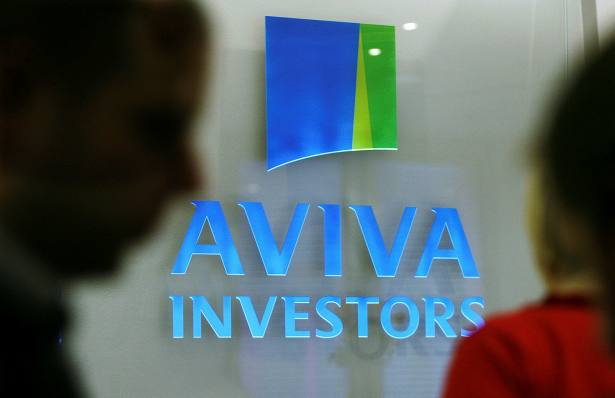 Aviva Investors ESG Investing
A service from the Financial Times