A Santander customer has allegedly been told by the bank that she will not get her money back after a fraudster gained access to her bank accounts and spent almost £4,700.

Santander reportedly told the victim, Charlotte Morgan, that because the fraudster used her Pin, the stolen funds could not be recouped. But a spokesman for the bank has said it is investigating the issue.

Morgan was victim to the fraud after a thief stole her rucksack which contained her mobile phone, bank card and keys, from Virgin Active gym in Chiswick Park, London on Wednesday Aug 4.

Morgan shared details of the incident on Twitter and explained that at least two other gym members also had their lockers broken into and belongings stolen after the gym’s security barriers stopped working.

By the time Morgan returned to her locker and became aware that her belongings had been stolen, the thief had already spent over £4,000 in two different Apple stores and over £700 in Selfridges.

Despite Santander flagging the Selfridges transaction as fraud, it was approved three minutes later, according to Morgan.

It was at this point that Morgan contacted both the police and Santander bank, with the fraud team telling her they will make a decision on how to proceed.

After what Morgan described as “a long wait on hold” she was eventually told by a Santander employee that she would not get her money back because the fraudster used her pin number to make the transactions.

Morgan was also informed that the fraudster was able to transfer £2,500 from her savings account into her current account and used this for an element of the spending.

She wrote: “Santander has so far accused me of being negligent by; Writing my Pin number [sic] on the bank card itself; keeping a piece of paper with the code inside the stolen bag; sharing my pin number with family, friends or colleagues.

“There is clearly a huge security loophole that they know about and until we crack it this will keep on happening. We're talking seriously organized, sophisticated and calculated fraud on a scale and speed like never before. Ignoring it by blaming the victim cannot be the answer.

"For them to have known or guessed my pin is impossible, yetSantander refuses to entertain any other explanation. Simply saying my Pin was used does not mean I authorized the purchase.”

Morgan concluded by saying that a “huge proportion” of her life savings had been stolen and that Santander Bank is making her “feel like a criminal” while Virgin Active UK has refused to take any responsibility.

FTAdviser contacted both Santander Bank and Virgin Active UK about the incident.

Virgin Active UK said that while it is working closely with the Metropolitan Police, it cannot confirm any further details at this moment in time.

A spokesperson for Santander said: “We take protecting our customers’ accounts extremely seriously and have comprehensive fraud prevention systems in place. 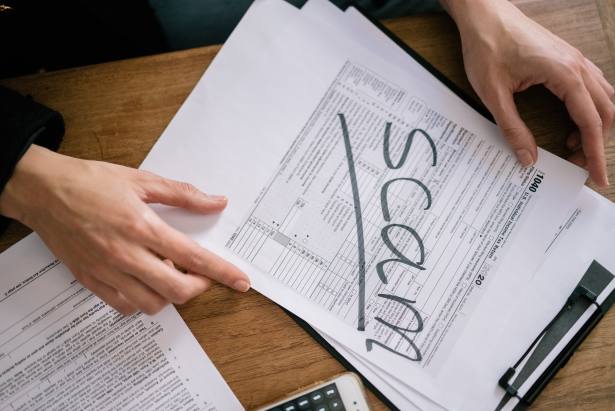 Scams Companies
A service from the Financial Times