The income conundrum is becoming an increasingly difficult puzzle to solve. Advisers are faced with conflicting dilemmas of how to protect clients’ money in uncertain times and how to provide a vital source of income. The go-to sources of income have largely dried up and those that do deliver often require more risk than many clients are willing to take on – or than the reward warrants.

It’s an issue that has been intensifying since record low interest rates were first inflicted on savers in 2009.

As inflation-beating savings accounts on the high street quickly evaporated, thousands of people were forced to start thinking more seriously about investing – and so were financial advisers.

Their first port of call was the traditional safe havens: reliable government gilts and the corporate bonds of the most creditworthy companies.

However, as a glut of money glugged into these assets, yields were pulled lower and lower – 10-year gilt yields have fallen from 4.9 per cent to just 1.2 per cent over the past decade. Investors were forced further up the risk curve just to try and keep the value of their savings from being eroded away.

Tom Becket, chief investment officer at Psigma Investment Management, says: “Income is a pre-eminent concern for investors at the moment. Income from high-quality assets is all but extinct, and that has been to the benefit of some weird and wonderful things.

‘While some of these investments are interesting and attractive, many can be risky or illiquid and getting timely information can be difficult.’

As a result, there has been an explosion of interest in alternative income-producing assets – areas that intermediaries may never previously have considered have quickly grown in popularity as the hunt for yield becomes harder.

While the options get ever more esoteric, there is still yield to be found. The illiquid nature of these asset classes means they are typically only available in investment trust structures The trusts have witnessed a boom in interest, as Chart 1 and Chart 2 show. But these offerings require investors to tread carefully before taking the plunge.

Infrastructure – one of the more conventional alternative asset classes – has become a topic of particular interest over the past year as investors mull the possibility of expanded government spending in countries such as the US. It offers reliable yields over long periods, backed by the relative security of government contracts.

Infrastructure refers to everything from schools, hospitals and airports to roads and railways or even streetlights.

Investment trusts own these assets, and are paid to maintain and operate them. In this regard, the sector is in keeping with property portfolios – a more familiar area for many advisers.

Nathan Sweeney, senior investment manager at Architas, says: “I see infrastructure as a watered-down version of property. But one of the crucial differences is that, where a property fund might find itself with an empty building if a restaurant or store decides to close, infrastructure assets are on very long-term leases – perhaps for 25 years or more.”

One example is Tritax Big Box, which owns industrial warehouses across the country. These buildings are used by retailers as distribution centres to satisfy the growing trend toward online shopping. With more than a quarter of UK consumer purchases already made over the internet, retailers need huge spaces to store their goods and from which to ship them. The investment trust currently yields around 4.4 per cent. AFH back on acquisition trail 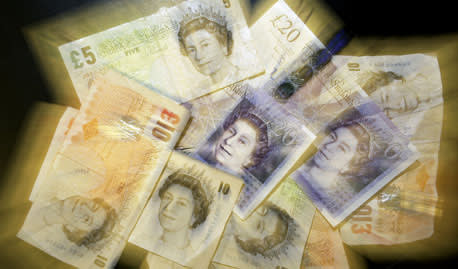