Remember the time when owning gold seemed old-fashioned? In the late 1990s, a benign geopolitical background and euphoria around the web-based technological revolution appeared to make gold obsolete.

Investors preferred safe government bonds that yielded a five percent return, Central banks sold large parts of their gold reserves and mining companies slashed capital expenditures. The oldest precious metal known to mankind was shunned as it does not yield returns beyond price appreciation. Even worse, its price had been in decline for almost twenty years. Gold was exclusively supported by jewelry and industrial demand.

Over the past 15 years this has changed and gold has regained its centuries-old role as the ultimate store of value. In fact, it can now be seen as a unique asset class rather than a commodity. With supply far exceeding the primary sources of demand, investors have to pick up more than 1,500 tonnes ($60bn) of gold – whether it be coins, bars or exchange-traded funds – every year to balance the market. Their behaviour has become the driving force for gold prices. And this is mainly determined by gold’s relative attractiveness compared to other “safe haven” assets, especially US Treasuries.

The main distinction between the two is that gold offers value preservation in the face of inflation, whereas Treasuries provide income via their coupon. Therefore, real interest rates, i.e. the difference between nominal interest rates and expected inflation, are the key drivers of investor behaviour. If the real interest rate falls, either by decreasing nominal yields or increasing inflation expectations, gold becomes more appealing.

The global interest rate environment changed dramatically in the aftermath of the financial crisis in 2007/2008. With unprecedentedly expansive monetary policy, central banks tried to boost the economy. They kept lowering key interest rates and introduced quantitative easing. In 2011, the gold price reached its peak at $1,875 per troy ounce. It is no coincidence that 10-year US real interest rates fell into negative territory in the same year.

Since then, the price has receded. Currently, the price of gold is at $1,230, and real interest rates are roughly half a per cent. But because of the market-friendly presidential election in France and the current economic recovery there is a growing headwind for the precious metal. The economy is buzzing. For the first time since 2011, growth of all important economic areas in the world is pointing in one direction – upwards. This synchronous global expansion has re-awakened demand for industrial commodities. Their prices have turned the corner in early 2016. Together with less economic slack and rising wage pressures, inflation has reared its head again, reaching 2.2 percent year-on-year in the US this April.

This brings a tighter monetary policy into the picture – as we can already see in the US. Recent Fed rhetoric has raised the likelihood of another interest rate hike in June. In the eurozone, monetary policy is still expansive, but we expect the European Central Bank to announce the tapering of its bond purchases in autumn, which is the first step towards a more restrictive path. Higher nominal interest rates hence come into sight. 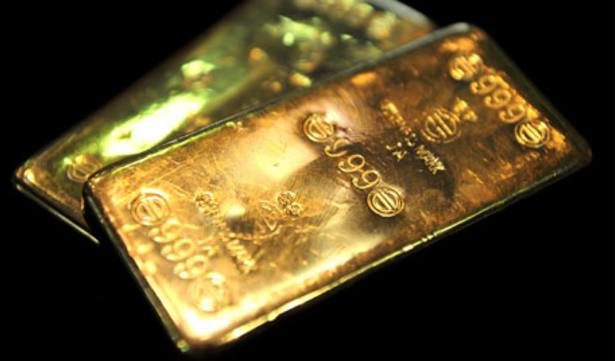