Seven Investment Management is mulling an expansion of its advice offering as it looks for growth across all parts of its business, its managing director of intermediary has said.

Verona Kenny told FTAdviser the business wanted to expand all of its services in the coming years, though the focus would remain on organic growth rather than mergers or acquisitions.

7IM is primarily an asset manager, discretionary fund manager and platform service but it also has a handful of financial planners, whom it acquired as part of its takeover of Edinburgh-based DFM Tcam Asset Management last year.

Ms Kenny said advice was currently a minor part of the business but that could change in the future.

She thought having a stake in multiple parts of the value chain was a positive thing as it meant the firm “understood the whole picture”.

Ms Kenny said: “For example there was just about no rule in Mifid II which did not affect us in some way, so we understood it from beginning to end.

“This meant DFMs were happy to use our platform knowing we were compliant from a DFM perspective — because we are a DFM. I think it makes us more trusted in all areas.”

She added 7IM had looked into further acquisitions but had not yet found the right fit for the company.

Ms Kenny also said she was “absolutely concerned” about pricing pressure in the DFM market.

She said: “Clients should always expect value for money. If we’re coming out of an 11-year bull market and we think markets may be up and down and returns may falter, costs need to come down.”

She thought one response to pricing pressure was that more advisers and DFMs were using passive funds as they were costed “more competitively”.

“Advisers are just looking for solutions and passives are part of the solution. I think you have to have both, and have active funds where it provides value.”

7IM recently launched an “ultra-low cost” range of multi-asset passive model portfolios in a bid to offer advisers a “simple” and “cheap” way to create a well-diversified portfolio.

Ms Kenny predicted an evolving platform space which could see the market split in two between platforms that run “background stuff” and those that invest in the “client experience”.

She said: “You will have the platforms that are the engines. They will do the dealings and the fee calculations and the compliance.

“Then on top of that, some providers will build the front end, which will help clients.”

Ms Kenny said 7IM, which builds its own platform tech in-house, would continue to invest in its tech to improve their clients’ experience. 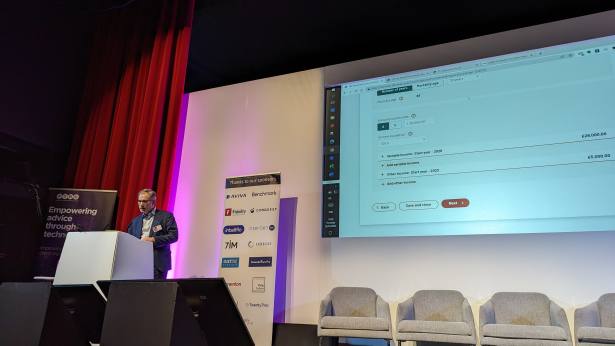