The structural problems in the Eurozone mean the stock markets of the economic bloc are likely to underperform for years to come, according to David Coombs, head of multi-asset investing at Rathbones.

Mr Coombs said: “Our views on Europe are unchanged economically

"It will continue to underperform North America and Asia due to the lack of fiscal transfer (notwithstanding the recent Covid package) and Brexit which has exacerbated funding issues which will temper growth.”

Fiscal transfers are the idea that the wealthier countries regularly, and directly, transfer money to the poorer countries, boosting the economic growth of the latter, in the way a federal budget in the US transfers from wealthy states to poorer, or parts of the UK fund the system in poorer areas.

He added: "I do worry that Northern European politicians will come under pressure from domestic voters re the Covid package given the potential precedent.”

Mr Coombs added: "I just cannot see a catalyst for domestic Europe in the short to medium term. Some commentators' view that America is worse due to Covid handling are frankly a bit desperate.

"Having said all that there remains a number of global companies listed in Europe we really like - in the luxury goods, healthcare and industrial sectors for example. We would be underweight the European economy certainly but not necessarily the European stock market."

"The region’s blended economic growth is at best anaemic while technology winners, shareholder value in management thinking and good capital allocation is harder to find, particularly relative to the US.

"In short, Europe is not known for outsized investment returns. Europe has some unmatched engineering talent, a number of the world’s most recognised brands, and a meaningful global lead on a range of social and environmental issues which may become an advantage.

"Opportunities certainly exist in European equities but selectivity is paramount.” 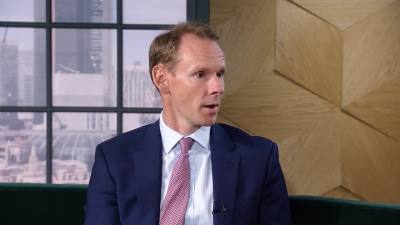