The current boom in technology stocks could end badly for investors as a result of unanticipated new technology advances, Michael Lindsell has warned.

In a monthly report, the co-manager of the Lindsell Train Investment Trust said the firm’s investments looked to him less risky than "pure" technology companies.

He said: “Overall, we think that investing in the [London Stock Exchange], RELX, Nintendo and Pearson looks less risky than investing in many pure technology companies, whose core businesses could be upended by unanticipated new tech advances.

"At least the trust’s collection of tech exploiters have a long heritage and own valued intellectual property amassed over many years which gives them the chance of riding through - or even better taking advantage of - technology changes.”

Lindsell said the trust's recent performance was consistent with other Lindsell Train portfolios, which had not benefited from the “full effect of the biggest driving force behind markets this year” - the soaring values of pure technology firms.

He said the companies the trust invested in performed similarly to the pure technology firms in the past, but not recently, which gave the trust’s managers “encouragement” that performance can catch up.

Lindsell added that the other main reason for the trust’s underperformance was the poor showing of its consumer franchise firms, including Unilever, Mondelez, Heineken, AG Barr and Laurent-Perrier.

These firms have “languished”, he said, due to the impact of the pandemic on distribution channels and the firms’ exposure to developing markets.

He added: “But over time these effects should iron out and so long as the companies continue to earn high returns on capital (and we think they will), share price returns should catch up with the compounded internal rates of return.”

Last month the trust’s co-manager, Nick Train, said it was critical for the fund to hold investments in companies that produce products people aspire to, such as champagne.

The chief investment officer at Barclays Wealth said recently the market may be at an inflection point where higher long-term inflation means many of the stocks which have performed best over the past decade begin to persistently underperform, including tech stocks.

Will Hobbs told FTAdviser if inflation continues to lead to higher bond yields and interest rates - due to the fact that the market believes inflation will be higher - this will affect the attractiveness of technology companies, and of US equities more broadly.

Over the past month, Amazon shares have fallen 7 per cent, and Alphabet, parent company of Google, has seen its share price fall by 4 per cent. 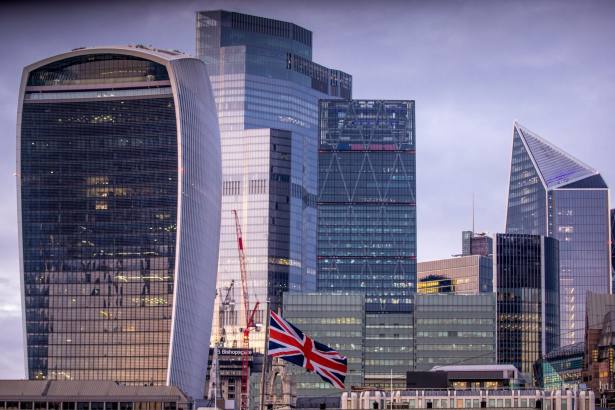