The latest statistics from the Halifax House Price Index showed house prices in the three months to June were 1.8 per cent higher than the same period last year, slightly down from May’s annual growth of 1.9 per cent.

Prices increased on a monthly basis by 0.3 per cent in June to an average of £225,654, but prices were 0.7 per cent lower in April to June than the previous quarter - a figure Halifax attributed to monthly volatility in the data with a weak April number in between two stronger months.

Russell Galley, managing director at Halifax, said activity levels have softened compared with the final months of last year with mortgage approvals in the low range of 63,000 to 67,000 since the start of the year and home sales remaining flat so far.

He said: “This is in contrast to the continuing strength of the UK jobs market with job creation still strong and pressure on household finances easing as real income growth edges up.

“At the half way stage of the year the annual rate is within our forecast range of 0 per cent to 3 per cent for 2018.

Mr Galley said the continuing shortage of properties for sale should continue to support price growth.

Jeremy Leaf, north London estate agent and former Royal Institution of Chartered Surveyors (Rics) chairman, thinks the latest figures are not so much a correction but rather a realignment of prices to reflect changes in circumstances and the potential standoff between buyer and seller.

He said: “The Halifax figures confirm what we have seen on the ground for some time - that we are in more of a buyers’ than a sellers’ market, although there are of course considerable regional differences. London, for once, is lagging behind what is happening outside the capital as buyers, in particular, reach the limits of their affordability.

“House prices continue to be supported by low interest rates and unemployment, and more specifically by low stock.”

Jonathan Hopper, managing director at Garrington Property Finders, said house prices at a national level are stuck in an “awkward, shuffling dance” but agreed that there are regional contrasts.

He said: “In regions where prices have corrected most sharply – such as prime areas of London – astute buyers who sense there are bargains to be had are returning to the market in some numbers.

“Meanwhile prices are rising at a steady clip in regions such as the Midlands, where affordability is good and long-term value is perceived to be high, as buyers decide that now is the time to strike before prices rise out of reach.”

He added: "Activity levels remain low by historical standards, but it is striking that the number of sales, mortgage approvals and new seller instructions all notched up in May. For all its sluggishness, the market is still flowing freely and functioning much as it should.”

Price for homemovers up 15% during stamp duty holiday 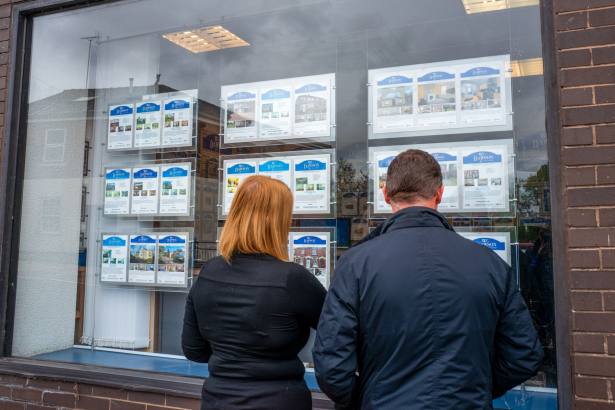