Aviva has seen the value of its new equity release business grow nearly seven times compared to last year against the backdrop of rising rates.

The insurer said the value of new business flowing through its retirement arm jumped to £143mn in the first nine months of this year, up 794 per cent from £16mn over the same period last year.

Its retirement arm is also made up of individual annuities and the bulk purchase annuity business, but Aviva said these parts suffered “lower volumes”, putting the growth solely down to equity release.

“In equity release, we have seen continued excellent momentum during Q3 and our pipeline of applications remains strong,” the business said in a trading update today (November 9).

“As interest rates increased, our pricing discipline has meant we were quick to react, repricing on a weekly basis allowing us to stay in the market and to continue to offer customers a way to release value from their homes while managing our risk appetite.”

In the quarter, July to September, value of new business was up 300 per cent compared to the same three months last year, up from a loss of £34mn to a profitable £68mn.

Some brokers have pointed to a difficult final quarter for equity release, with many clients putting off locking into deals due to interest rates of up to 9 per cent in some cases.

Overall, life sales were down 2 per cent, but UK&I Life - which includes the annuity and equity release business, was up 49 per cent.

"Our customers have continued to save for their future and protect what is valuable to them," she said.

"We remain confident in the outlook for Aviva.”

Aviva’s platform net flows dropped 20 per cent to £3.4bn in the nine months to September this year.

The company said this was a reflection of market volatility, and lower consumer demand amid the uncertain economic environment.

Despite this, flows into Aviva Investors were positive, with £709mn invested in the period, just under half of the £1.6bn for the same period last year.

This included £507mn between July and September.

Aviva said the net inflows had been helped by the company’s strength in real assets. 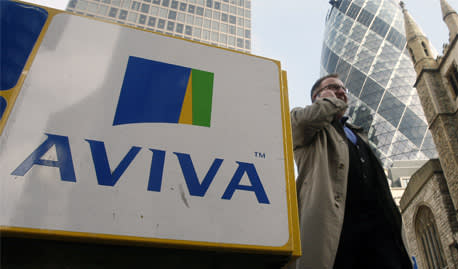