More than 10 million workers have been enrolled in a workplace pension scheme, according to figures published by The Pensions Regulator.

However, pension experts have warned that it isn't "job done" as there are some "significant failings of the policy".

The latest data from The Pensions Regulator showed in January a total of 10 million workers were automatically enrolled into a pension scheme while 11.5 million were already active members of a scheme and 438,000 were members of a defined benefit or hybrid scheme.

This left almost 9.3 million workers outside of any of these categories, meaning they either weren't saving into a scheme or did not qualify because of their age.

According to Amber Rudd, secretary of state for work and pensions, auto-enrolment, which was introduced in 2012, "is an extraordinary success story".

She said: "Workplace pensions had fallen out of fashion and were seen as the preserve of older, wealthier people. Now saving is the norm across the UK, wherever you work.

"As we reflect on this milestone, we will of course be considering how we can reach even more people – with our ambition to bring in younger workers and enable everyone, particularly part-time and lower earners and the self-employed, to save more."

Former pensions minister Baroness Ros Altmann argued that auto-enrolment has been a huge success so far, but plenty more needs to be done to ensure it works well.

For example, women and the very lowest earners are still not covered by the policy, she noted.

She said: "Although auto-enrolment has brought millions of low earners into pension saving for the first time, it only covers those who earn more than £10,000 a year with an employer.

"Many part-time workers, mostly women, who earn less than this level, or who have more than one employer and earn below £10,000 from each one, are left out of the auto-enrolment process.

"They lose out on help from their employer towards their retirement income."

Baroness Altmann also pointed to the issue of a loophole which leaves some 1.22 million low earners missing out on tax relief, the errors encountered with auto-enrolment data, or the fact that self-employed workers aren’t benefiting from this savings policy.

Minimum contribution rates under auto-enrolment will increase from five to eight per cent in April, with the employee paying 5 per cent.

The government argued that last year's hike – from 2 per cent to 5 per cent – "hasn't prompted people to stop saving".

The DWP said that cessation rates stood at 0.7 per cent in the three months following the April 2018 increase in minimum contribution, compared to 0.6 per cent for the four-year period beforehand. 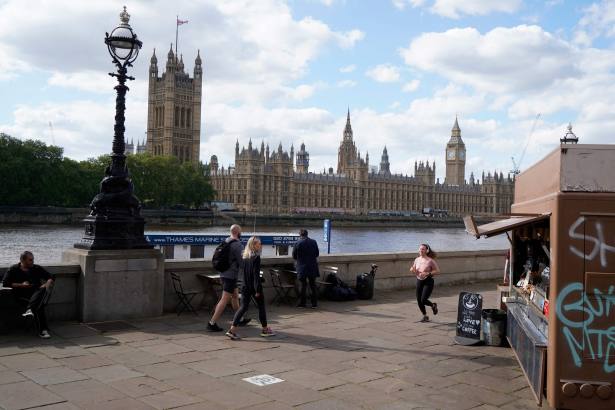