The chief executive of Aviva’s UK insurance division, is leaving the insurer and has stepped down from his role with immediate effect.

The decision was made by Mr Briggs and the provider’s board, after Maurice Tulloch was appointed as chief executive of Aviva.

Mr Briggs will remain with Aviva on gardening leave, until October 23, "to support an orderly transition", the insurer stated.

Mr Briggs joined Aviva’s board in 2015 to lead the insurer’s UK life business, after the acquisition of Friends Life, of which he was chief executive.

During this time he was also chairman of the Association of British Insurers and the government's business champion for older workers.

Under Mr Briggs leadership, Aviva said it made "substantial progress in the UK", including integrating Friends Life and consolidating its position as the UK’s leading insurer, it stated.

As a result, the insurer won’t seek to appoint a new international chief executive, the role previously occupied by Mr Tulloch.

He said: “Andy Briggs will be missed. Andy is a brilliant leader and a good friend. Aviva has benefited enormously from his extensive industry experience and his integrity and we wish him well for the future. I look forward to working with him during the transitionary period.”

Sir Adrian Montague, Aviva’s chairman, added that Mr Briggs “made a great contribution to Aviva’s business since he joined the group following the acquisition of Friends Life in 2015”.

He said: “On behalf of the board, I would like to pay particular tribute to Andy for his conduct throughout the process to select a new chief executive and afterwards, and Andy will leave with our best wishes for his future career.” 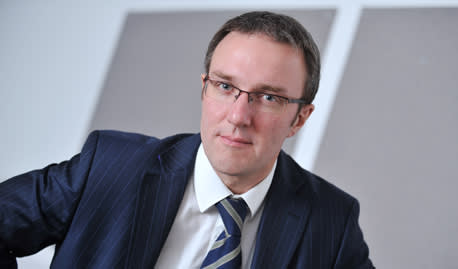