A survey of 1,004 full and part-time employees by the protection provider revealed almost one fifth (18 per cent) had gone to work when feeling mentally unwell – equivalent to 5.8 million workers on a UK-wide basis.

One in five (20 per cent) said they would be embarrassed to say they were off with a mental health problem, while more than one in 10 (13 per cent) would be worried about the impact on their future job prospects if they took time off for this reason.

The research also provides an insight into how employers can provide more assistance for those affected by mental health issues.

Some 37 per cent of respondents said the opportunity to work flexibly would help them feel more comfortable taking time off, while 34 per cent backed the promotion of a more positive attitude to health and wellbeing.

In addition, 22 per cent were in favour of workplace support such as employee assistance programmes, and 18 per cent called for back-to-work rehabilitation for longer-term conditions.

Paul Avis, marketing director at Canada Life Group Insurance, said: “Employers must do more to show they are serious about supporting employees with mental health and stress-related issues.

“It is important to communicate not only that it is OK for them to take time off to get better, but also that there won’t be any negative impact on their career for doing so.

“Employee assistance programmes are an invaluable form of support for staff with mental health concerns, particularly if they are caused or worsened by issues in the workplace such as heavy workloads.

“Having these support services in place provides practical support as well as reinforcing the message that organisations using them are serious about staff health and wellbeing.”

Emma Thomson, life office relationship director at LifeSearch, said: “There has been a lot in the press recently about mental health.

"Prince Harry coming out with his experiences has resulted in a wealth of stories and I would like to think that, as a result of him and other celebrities talking about their experiences, over time the stigma will start to diminish.

“Employees do certainly benefit from employers looking at group protection. There are whole-business programmes, early intervention and other forms of support for people suffering from a host of mental health conditions. Also, on the individual side there are a whole host of services people can use. 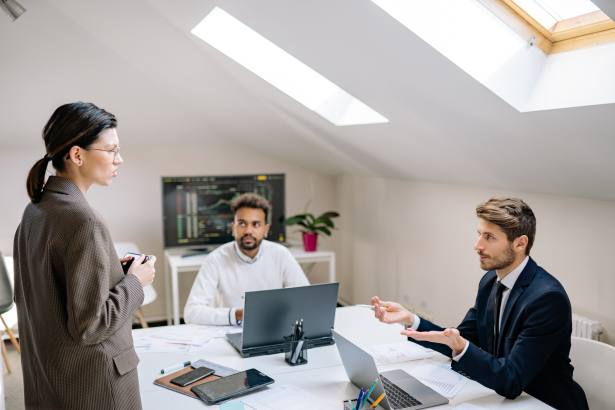