The implementation of the Retail Distribution Review and its attempts to ensure more transparency within the industry has not come without its fair share of ‘teething problems’.

Simon Cowley, wealth management consultant at Walker Crips Wealth Management, says “[neverthless] the long-term impact of the RDR will be positive, as the teething problems of the dramatic change placed within the industry are starting to smooth out”.

While tightening of regulation was needed, he admits the RDR has led to “a difficult balancing act for advisers to provide a cost-effective service for their clients, while also satisfying their increasing regulatory obligations”.

He adds: “Ultimately, this has resulted in access to advice becoming a preserve of those who are already wealthy.”

As well as restricting access to advice, a delayed impact of the RDR could be that up to one in five financial advisers leave the industry in the next five years, according to a recent industry report.

Despite this, the longer-term impact on the industry is likely to be more positive, with technology increasing efficiency and driving down costs, reiterates Mr Cowley.

He says: “Things may change in future years when technology catches up with the regulatory process and robo-advisers become a more integrated part of the industry.”

Since its implementation in 2013, the RDR has transformed the financial advice industry.

Indeed, according to Gemma Harle, managing director of Intrinsic’s financial planning and the mortgage network, it has achieved its goal of increasing transparency, fairness and professionalism of the sector.

She adds: “The clients' experience has been greatly improved after the RDR removed the link between advisers and commission and promoted a more service-oriented industry.”

But if the RDR is to prove successful in the long-term, improving consumer access to advice will be paramount.

According to the Financial Conduct Authority’s financial lives survey, 6 per cent of consumers received regulated financial advice in a 12 month period, but an additional 25 per cent of consumers did not get advice but may have benefitted from it, notes Dr Matthew Connell, director of policy and public affairs for the Personal Finance Society.

Mr Connell also points to separate research by FCA in 2017, which showed 93 per cent of advice given by the sector is clearly suitable and suggests while the quality of advice is very high, the greatest challenge is to build capacity in the advice sector to meet the need for regulated advice.

He adds: “While transparency is important, promoting the benefits for advice will bring about better outcomes for consumers than inventing new forms of cost disclosure.”

While raising advisers qualifications was necessary, there is no doubt the RDR has also hampered the wider public’s access to advice, as the higher standards and tightened regulation has driven up advice costs throughout the industry, adds Mr Cowley.

He explains: “The number of advisers has significantly reduced since the introduction of the RDR which in turn has reduced the number of consumers looking to access advice. 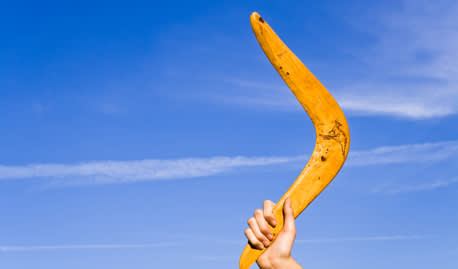 Realising the benefits of remote advice

Adviser loss in this market is a tragedy