Caroline Bradley, who currently holds the role of group finance & risk director, has been appointed as group risk and regulatory director at Tenet.

Martin Greenwood, chief executive of Tenet Group, said: “I am delighted to announce that Caroline has agreed to accept the position and that her appointment as CF10 for the group has been approved by the regulator.

“She will move across in a phased transition to coincide with Mike’s departure, which is currently scheduled for 30 June.

“It is a role Caroline is ideally suited for, given the work she has done over recent years in risk management control. Looking to the future, combining her risk management experience with the regulatory function is a logical development.

“As a consequence of Caroline switching responsibilities we are currently in the process of recruiting a new group finance director and a further announcement will be made when an appointment is confirmed.”

Ms Bradley has more than 25 years’ financial services experience and prior to joining Tenet in 2012 she was finance director with responsibility for risk and financial crime at TD Direct Investing.

She has been closely involved in compliance throughout her career and is in regular dialogue with the Financial Conduct Authority and Financial Ombudsman Service on a wide range of topics such as the Financial Services Compensation Scheme levy and professional indemnity insurance.

Last month Mr O’Brien announced he would be leaving the network to take a similar position at JLT.

Mr O’Brien will be moving to the employee benefits company for personal reasons as he wished to work closer to home and said the decision to leave Tenet was “amicable”.

He joined Tenet in December 2009 and had planned to stay for six months as the network’s Retail Distribution Review director.

But then last year Mr O’Brien became Tenet’s group regulatory director after Gill Davidson left to join Intrinsic and as part of a shake-up of management at the network.

In November Tenet confirmed changes to the board at Tenet Limited and Tenet Group Limited levels plus the changing of the guard in terms of who is responsible for ensuring the Leeds-based firm’s advisers are complaint.

Three long-serving members of the team joined the Tenet Limited board as part of the shake-up: head of business systems, Martin Gartside becomes IT director; head of relationship management Steve Jones now adviser relationship director; and head of compliance Mark Thomas has been named as compliance delivery director.

Before that he was senior project manager at NatWest Life. 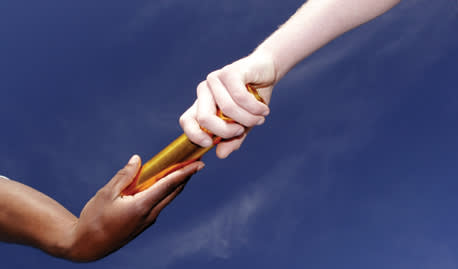 Network Support Services Provider
A service from the Financial Times