Several of the largest advice firms in the country have said they have no plans to make use of the new definition of financial advice.

Last month the Financial Conduct Authority changed the definition of financial advice to make the boundaries between advice and guidance clearer.

This was so that firms would be encouraged to provide guidance to consumers who might not be able to afford advice.

But several of the large pension providers recently told FTAdviser they had no plans to offer such a service and now it appears financial advice firms are equally cool on this market.

A spokesman for St James’s Place said: "Any attempt to provide greater clarity for consumers can only be a good thing.

"St James’s Place focuses on maintaining long lasting relationships between advisers and clients, and clients receive personal recommendations after their individual circumstances have been fully assessed.

"Nothing, therefore, changes for St James’s Place as a result of the new definition as clients will continue to be offered advice."

Meanwhile Danny Cox, head of communications at Hargreaves Lansdown, said: "We have plans to launch various services and service improvements during 2018 and will announce these in due course.

"None of these are directly linked to any changes to the definition of guidance."

As part of the changes, which came into effect on 3 January, any service a regulated firm offers which does not offer a personal recommendation will be considered guidance.

The change was brought about following the Financial Advice Market Review, which found many firms were limiting the amount of guidance they give to consumers because there was no clarity on the boundaries between advice and guidance, which led to consumers being at risk of making poor decisions.

Tenet, one of the largest networks in the country, said it would not be changing its proposition to help its members provide guidance.

"It is not clear how advisory firms might be in a position to monetise a guidance service when free services under Money Advice Service and The Pensions Advisory Service/PensionWise and the Citizens Advice Bureau operate without a direct cost to the consumer."

Meanwhile Steve Jones, head of compliance for Charles Stanley, said: "The new guidance definition does not change our business model or service offering, so whilst we take note of the updated guidance, it will have limited practical application to our business."

When asked by FTAdviser late last year, several of the largest pension providers said they were not interested in offering guidance, including Aegon, LV, Aviva, Royal London and Prudential.

Last year Aviva said the rules mean the company is forced to sit by as their clients make bad decisions for fear of straying into offering financial advice and it has expressed disappointment about the upcoming change to the definition of advice. 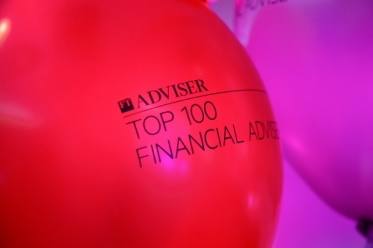