Mifid II and Brexit have been named the top issues keeping CEOs awake at night, according to adviser trade body Pimfa.

Its member poll found three-quarters (75 per cent) said regulation was their main worry, with respondents stating’ getting to grips' with Mifid was still their chief activity in 2019/20.

Concerns over interpretation and procedural work needed to comply with the complex regulation were the main causes of worry for CEOs.

Brexit came second on the list of concerns, with 62 per cent of CEOs saying they were worried about the greater market uncertainties resulting from leaving the EU.

CEOs said the prolonged period of inefficient and costly preparations were a “bureaucratic failure.”

In the regulatory space 40 per cent stated the Senior Managers and Certification Regime (SM&CR), Mifid II and issues with the Financial Ombudsman Service (Fos) were the top three concerns causing dissent.

CEOs noted that compliance was no longer just the responsibility of compliance teams, but a major consideration for everyone within the firm – often taking away valuable time from clients.

But Pimfa members also expressed concern over other global events including trade wars.

More than half of those surveyed (57 per cent) said staffing and talent concerns were a major issue with retention of good staff and effective recruitment deemed essential to deliver organic growth.

Technical concerns and cost control came fourth and fifth on the list, at 47 per cent and 27 per cent respectively.

CEOs considered cyber and data security more of a concern due to the implications of a breach and its potential impact on the bond of trust with clients.

The regulator too has warned on cybersecurity and said resilience from technology failures were one of its main focuses in its supervision of the financial services sector this year.

While cost control and fees were a less contentious point, professional indemnity insurance was still a concern as costs for this type of cover are increasing.

Gary Sunderland, head of research and indices at Pimfa, said: “The CEO Sentiment Survey gives a great insight into the minds of the people running the wealth management and financial advice firms in the UK, and at such a precarious time.

“As Brexit approaches, it is always beneficial to know how others in the industry are navigating market volatility, political landscape and regulatory environment."

Meanwhile the majority of CEOs (47 per cent) named business growth as their top areas of focus this year.

Deeper relationships with existing clients, attracting new clients and the crafting of new strategic undertakings such as acquisition and consolidation were all seen as crucial to growing business.

Improving client service and experience was seen as key by several CEOs, as well as the need to facilitate “direct private client growth and diversification”.

Other areas of focus included tech systems, staffing and recruitment, and costs and efficiencies – with all three receiving 30 per cent of the vote.

Pimfa points to adviser education as key to ESG growth Pimfa asks advisers to lobby MPs ahead of 'parliament day' 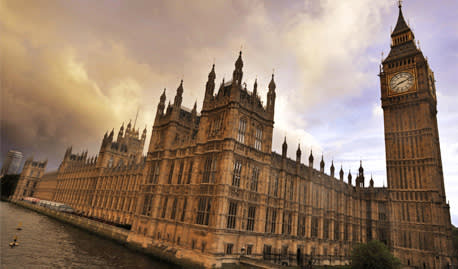