Considering the anticipation that had been built up around the start of the initiative, the excitement faded along with arbitrage opportunities between companies listed on both the Shanghai and Hong Kong stock exchanges. While the Stock Connect launch may have been a bit of a damp squib, this was a clear step by Chinese officials towards further liberalising their capital markets and attracting foreign investors keen to tap into the world’s second-largest economy.

Stock Connect allows foreign investors to buy companies listed on the Shanghai stock exchange, whereas before they could only purchase these companies if they were listed in Hong Kong. The system is completely open and the volume of trade by both Chinese nationals and foreign investors has daily limits. However, the combined size of the Hong Kong-Shanghai market makes it the third-largest stock exchange in the world by market capitalisation.

One of the longer-term goals of Stock Connect will be to accelerate the pace of internationalisation of China. Despite the fact that we frequently pick up products with “made in China” stamped on them, the country is not as integrated with the global economy as it first appears. Of course, many companies’ annual earnings can rise and fall based on demand from Chinese consumers, but ultimately the link to the rest of the world is through trade and not capital. The currency regulator has already said that restrictions on the flow of the currency will gradually start to ease. Liberalising the flow of capital into and out of the country, even if still tightly controlled, is another rung on the ladder to a freer market and economic reform.

This liberalisation may seem a boon for investors who want to take advantage of China’s potential, but they should remember that the economic climate is less certain in nearly every respect except one: the pace of economic expansion will be lower in the future. And if the fall in gross domestic product from 7.5 per cent year-on-year in the second quarter to 7.3 per cent in the third quarter of this year was worrying for some investors, then they had better prepare themselves for what comes next.

Trying to reorientate an economy the size of China’s was never going to be easy. Balancing the shift from investment-led growth to consumption is always going to be a bumpy process, but so far the authorities have managed to avoid the fabled ‘hard landing’, and the country’s glide path is still smooth. Levels of fixed asset investment are falling and lower investment means lower growth. Investment was still an eye-watering 16.5 per cent higher in the first eight months of 2014 compared to last year. The tight leash the People’s Bank of China is keeping on monetary policy, and progress towards stemming the flow of both bank and non-bank lending to prevent a credit bubble – or at least a bursting of a bubble – are the reason for falling investment levels. Meanwhile, the growth in retail sales has steadily been falling as officials crack down on corruption and the giving of lavish gifts. These types of reforms will cause near-term weakness, but are ultimately designed for longer-term sustainable growth. 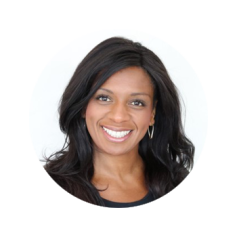 Will the govt's levy really address the UK's care needs?