Passive investing has increased in popularity in recent months, with the Investment Association highlighting net retail inflows into tracker funds of £454m in April 2016.

But while tracker funds are gaining favour among UK retail investors, exchange-traded funds and products (ETFs/ETPs) appear to be the preferred form of passive investing for many, with global-listed ETP assets of more than $3trn (£2.1trn), data from both ETFGI and BlackRock’s monthly ETP Landscape report shows.

Drivers behind the rise in passive investment could include an increasing focus on costs as well as market and macroeconomic uncertainty, with issues such as the upcoming EU referendum and global monetary policy pushing investors towards more broad exposure to a sector, region or asset class.

Investors choosing a passive route then have to make the choice between a tracker or mutual indexing fund or an ETF, with both products offering many similarities and only a few differences.

The ability to sell ETFs short enables investors to hedge their portfolio, or express a negative view on a sector or an entire market, albeit at a cost

Bryon Lake, head of Invesco PowerShares for Emea, points out there has been an undeniable shift towards passives for many decades, but notes the two types of vehicle are not dependent on each other. “Passive investing is an investment approach and ETFs and/or trackers are a wrapper conversation,” he says.

“You could easily get any of the investment content in either a tracker or an ETF. [Investors need to] think about the types of exposure they’re trying to get to the market then talk about the right vehicle to get that exposure.”

The first ETF was launched in the US in 1993, with the products moving to Europe roughly a decade later. Mr Lake notes the idea was borne out of efficiency – the concept of buying one share in an ETF but having exposure to all the underlying stocks in an index.

In terms of gaining exposure to a particular index or sector, he says there are benefits to both ETFs and tracker funds. For example, they both have access to the underlying shares, they tend to be extremely transparent and have a “reasonable price point”. In addition, tracker funds fit nicely into the existing infrastructure of UK investment platforms.

“The ETF has the same benefits – transparent, fully invested, low cost – but you also have a couple of additional pieces to that. You can deal intraday in an ETF, so you have that intraday liquidity point, which brings another level of flexibility and liquidity.” 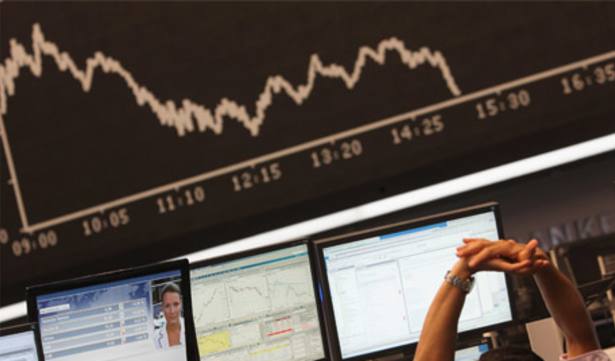