Traditionally, the most popular option for families looking for a tax efficient way of passing wealth down through the generations has been the use of discretionary trust structures.

However, various recent developments, particularly the current low corporation tax environment (set against a 20 per cent inheritance tax charge on transfers into discretionary trusts above the nil rate band) have seen a rapid growth in the use of family investment companies, commonly known as FICs.

While a FIC will be an important consideration for those looking at wealth management issues, any decision to use a FIC should be made after careful consideration of not just tax issues, but also wider issues relating to company law, family law and estate planning. This article looks at some of those wider legal and structural concerns.

What is a FIC?

A FIC is a private company. As a matter of company law, a FIC has no particular legal status (albeit FICs are often incorporated as unlimited companies). A FIC will normally be registered, and managed and controlled, onshore in the UK.

There are many different ways to set up and operate a FIC, but relatively common features include:

Generally speaking, a FIC will be tax efficient at the outset, certainly when compared to a discretionary trust, as it will normally be possible to establish the FIC without triggering any immediate tax charges.

However, a FIC does involve an element of double taxation. The FIC itself will pay applicable corporation tax, but when family members extract funds as dividends or other distributions, they are also likely to be taxed on the receipt.

As a general principle, FICs may be unsuitable from a tax perspective if there is an intention to extract significant value in the short term.

A FIC will be subject to UK tax rules as they change from time to time, rather than those which apply on inception.

This principle obviously applies regardless of the structure used, however it is particularly relevant for FICs given their current popularity is partially a result of the current tax environment.

Given the constantly evolving nature of the tax regime in the UK, it would be surprising if, at least in the medium term, there were no changes to the tax rates, or taxation principles, applicable to FICs. Of course, what is far harder to predict is exactly what the nature of those changes will be.

When a discretionary trust is used, the beneficiaries are owed fiduciary duties by the trustees but will not have a defined right to participate in the assets of the trust. By creating a FIC and giving shares to junior members of the family, the parents are putting a defined asset in the hands of those family members.

To an extent the effects of this can be mitigated by, for example:

However, this does not deal with the fundamental point that as soon as individuals own shares they benefit from minority shareholder rights, such as the right to raise a claim of unfair prejudice if they feel the company’s affairs are being conducted unfairly. 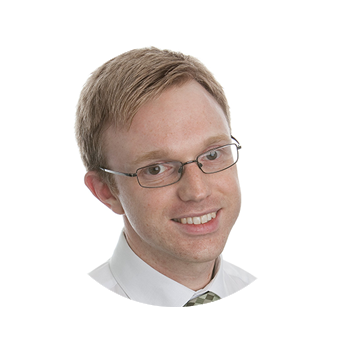