An arbitration tribunal has found that Lloyds Banking Group, via its subsidiary Scottish Widows, had no right to remove £100bn of assets being managed by Standard Life Aberdeen.

Lloyds believed it could remove the assets as they had been managed by Aberdeen.

Lloyds claimed Standard Life was a competitor business of Scottish Widows, which is owned by Lloyds and operates in the insurance market.

The £100bn was to be moved to the new Schroders Wealth business that Lloyds and fundhouse Schroders are in the process of creating, with some of the capital also, separately, being awarded to BlackRock to manage.

A spokesman for Lloyds has been asked to comment on what the tribunal ruling means for this deal.

Lloyds had been extremely confident it had the right to move the money, with the company saying it was disappointed with how Standard Life had reacted to the decision.

According to reports in FTAdviser's parent newspaper the Financial Times, a spokesman for Lloyds said it was disappointed with the outcome of the arbitration but would work with Standard Life Aberdeen.

However they added Lloyds will discuss starting the process of an orderly transfer of assets to new partners BlackRock and Schroders.

A person the Financial Times spoke to who had been briefed by Schroders said the company still planned to launch its joint venture in June, despite the ruling.

Jason Hollands, managing director for business development and communications at wealth manager Tilney, said: "This is clearly a positive outcome from the perspective of Standard Life Aberdeen.

"However this is very unlikely to mean the assets stay with Standard Life Aberdeen for the long haul, as Lloyds have announced tie-ups with both BlackRock and Schroders.

"The impact will therefore be on the timing of the mandate transfers or potential fees for early termination, so there will clearly further negotiations."

In an announcement to the stock market, Standard Life Aberdeen said it is considering its legal options.

Keith Skeoch, company chief executive of Standard Life Aberdeen, said: "Now that the arbitration panel has ruled in our favour, we will carefully consider our next steps, working constructively with Lloyds Banking Group to bring the matter to resolution." 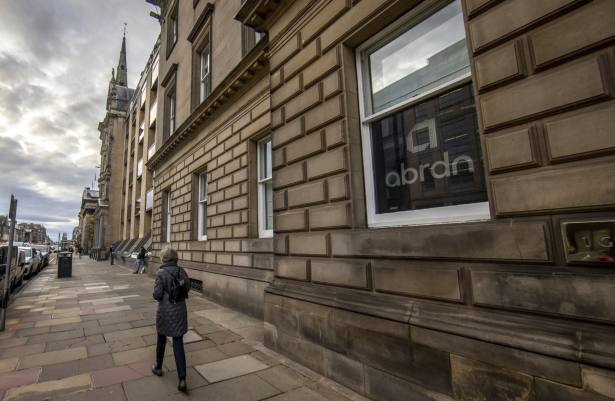