The challenge faced by bond investors in recent years has been that not only has diversification been a challenge, but the other role bonds typically play in a portfolio, as a source of income, has also been hurt by the low bond yields that have been a feature of the past decade.

Such has been the strong performance of bond prices that yields have, on occasion, gone to negative levels, and even those that are yielding a positive number are often trailing behind the prevailing inflation rate.

It is a sign of where the bond market is, that while the wider world is preparing for much higher inflation, bond prices have actually just reverted to where they were prior to the pandemic, thus pricing in a world of low growth and low inflation.

In the aftermath of Rishi Sunak’s recent Budget speech, which warned of higher inflation and increased government spending, bond yields actually fell, as the market anticipated that borrowing would be lower in future.

Central-bank bond buying has contributed to the higher price at which bonds are trading, as it means there is a constant buyer in the market.

At the same time as this is happening in the bond market, equity investors are grappling with a rotation away from the equities that benefit from low inflation and into those that have the opposite characteristics.

It is an anomaly that prompts Alec Cutler, who runs the Orbis Balanced fund, to say that he can “see no reason” to have bonds in a portfolio now, given the valuations and risk of inflation.

Charles Hovenden, portfolio manager at Square Mile, says the extent of the over-valuation in bonds can be measured when comparing where yields were the last time the global economy suffered a sharp downturn.

This was after the global financial crisis, when yields were closer to 5 per cent than 1 per cent, which is the current UK gilt yield.

With this in mind, he says that as a private investor he would have no bonds in his portfolio, but for client portfolios he feels they must remain, as a form of insurance.

Anthony Rayner, a fund manager within the thematic multi-asset team at Premier Miton, says the way clients perceive bonds within a portfolio needs to change.

He says that whereas bonds were once viewed as a risk-free asset to hold in a portfolio (because they were backed by governments) this is no longer the case.

Rayner says: “Bonds once offered investors both an inflation-beating income and played a defensive role in portfolios, but with yields so low, what role can they play in future? This goes to the core of the 60/40 question.

"Yes, how much protection can they provide against equity sell-offs with such yield compression but, equally, how they can materially detract from performance, as they have done year-to-date, for example, in terms of US Treasuries and especially UK gilts.

"The so-called risk-free asset has become a risky asset, with yield spikes driven by hawkish central-bank activity reverberating across asset classes. However, in terms of what role bonds can play in the future, it’s important to remember that not all bonds are the same.

What is next for the 60/40 multi-asset portfolio? 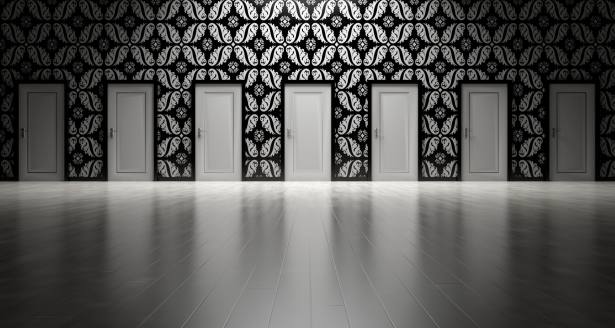