Many homeowners could be forced to sell their home and downsize in the face of rising energy bills and interest rates which keep on climbing.

The energy price cap was raised by 80 per cent last week, taking it to £3,549 a year from October. Meanwhile, the average two-year fixed mortgage rate has reached a nine-year high, surpassing 4 per cent for the first time since 2013.

Some brokers are concerned, with many mortgages set to mature later this year, that come remortgage time homeowners will be forced to sell up and move to smaller - more affordable - homes.

“The latest energy price cap can't help but impact affordability assessments as another few hundred pounds a month of income that could otherwise be used to fund a mortgage gets eaten up,” said Peak Money managing director Rhys Schofield.

“If anything, though, I see this keeping mortgage brokers very busy. The reality is that a lot of people simply won't be able to swallow increased energy costs on top of higher rates come remortgage time, which will force many to sell up and downsize.

“It's imperative that customers coming to the end of a fixed rate start planning six months out in order to secure a new rate or work out how they are going to cut their cloth accordingly.”

Some will end up ruling out moving house or ignore a whole type of property which is deemed less energy efficient.

Almost £100bn worth of mortgages are due to mature before the end of the year, according to Accord Mortgages.

Some £26.3bn of this total will mature in October, with the greatest monthly total - £29.1bn - maturing in December.

Some lenders use Office for National Statistics (ONS) data to inform their mortgage affordability calculators. For those looking to buy, what they pay in energy bills could affect the size of a loan a lender lets them take out.

“These lenders will likely see a reduction in the maximum loans that any given income can generate as the increased energy costs filter through from the ONS data,” said financial adviser at Carl Summers Financial Services, Scott Taylor-Barr.

“Other lenders ask the broker to enter this data from the figures on the client's bank statements - this means that those who are especially frugal with their energy may be less disadvantaged in terms of the size of mortgage they can generate with this type of lender, than one that uses ONS data.”

Director at Dimora Mortgages, Jamie Lennox, said he found one instance where over a ten-day period, one lender’s affordability calculation went down by £8,000 for a client.

“These price increases will certainly make buyers think more about moving and what type of property to buy with a greater emphasis on looking at the energy performance certificate of the property,” Lennox added.

“Some will end up ruling out moving house or ignore a whole type of property which is deemed less energy efficient.” 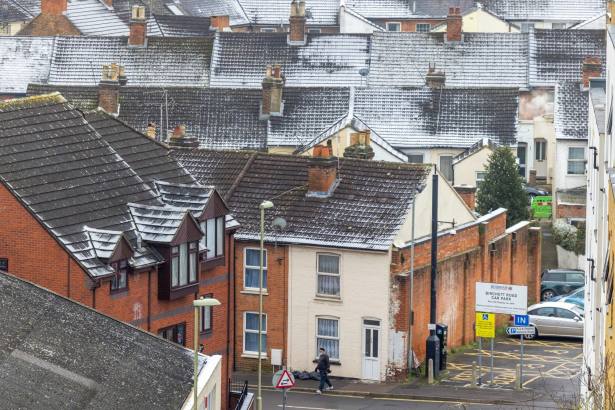