During times of grief and when experiencing a loss, it is difficult for people to be in the right headspace to do anything – so why is funeral planning any different?

I recently lost my grandma, and instead of spending time grieving her, I was caught up in logistics.

Losing someone is always a traumatising time and the added pressure of spending the days after running around to get a death certificate, organising a funeral, cancelling medication, estate planning, letting family and friends know and everything else that comes with it really does not help.

I grew up in a joint family which meant I spent the largest proportion of my life living with my parents, my sister and my grandma. This meant we became her carers, and naturally it was on us as a family to help her with all aspects of her life.

Now, I am sure this is a story many are familiar with – whether that is because it appears to be a taboo subject or one that no-one really wants to think about – but so few people have any form of a plan in place.

And for those that do, there is always the fear and possibility that the provider they have prepared with may go bust.

In July 2022 the Financial Conduct Authority took on responsibility for regulating the pre-paid funeral plans sector, with advice in this market falling under the “advising on investments” permission.

As part of its final rules on how it will regulate advice on funeral plans, there will be a ban on commission payments and changes to appointed representative permissions.

But many advisers have mixed views on what this could mean.

Some have argued it is not an area they are involved in and do not plan to be either, while others welcome the move arguing that it does fall under long-term financial planning, just as whole-life insurance does.

Those stating they are against it have argued that a savings pot is an easier and cheaper alternative rather than a prepaid plan.

Other advisers have said that while some clients may prefer a whole-of-life policy to cover funeral costs, a specific funeral plan could prove a more cost-effective option.

Personally, I think it goes beyond just the money aspect, albeit that is a large factor.

Of course, having a pre-paid funeral plan takes the financial burden away from families, which can often be an added stress to an already emotionally enhanced situation.

But beyond that, it takes away some of the mental stress that loved ones have to go through.

I for one agree with those who are for it coming under the FCA’s remit, as the benefit of having it means people may feel as though it is more secure and they have protection. 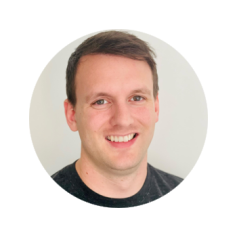 Investors should be patient with underperforming ESG funds