With today marking this year’s ‘divorce day’, Legal and General has warned that women are significantly more likely to waive rights to a partner’s pension as part of a divorce than men.

Research from the provider, published today (January 4), found more than a quarter of women (28 per cent) would give up pension rights compared with 19 per cent of men.

L&G warned this could have a significant long-term impact, particularly as women tend to have less personal pension wealth, according to recent data from the Office for National Statistics (ONS).

The data found that men currently below the state pension age have higher median active pension wealth than women (£25,300 compared with £20,000).

L&G warned women were likely to see their household incomes fall by a third in the year following their divorce, almost twice as much as men.

This could be because women are typically paid less, with 74 per cent of men likely to be the primary earner.

The research coincides with “divorce day” which is the first working Monday after the Christmas break in which lawyers typically see a spike in couples considering a divorce.

Sara McLeish, chief executive officer of Legal & General financial advice, said: “Divorce day is an opportunity to reinforce the importance of considering all options when dividing financial assets to make sure things are done as fairly as possible.

"When going through a divorce, people are understandably keen to come to a settlement and move on, but our research indicates that, too frequently, people overlook the mutual value of their pensions; this could have a particularly harsh financial impact on women.

"This is even more important when we consider that women, typically, live longer than men, so their savings need to stretch over a longer period of time."

She added: “Only 3 per cent of people seek financial advice as part of their divorce but doing so can help ensure the separation is more likely to be fair and equitable, leaving all parties in the best shape to pursue the next chapter in their lives.”

Debora Price, professor of social gerontology at the University of Manchester, has compiled a survival guide to pensions for divorcing couples.

Produced by Law for Life and the Pensions Advisory Group, the guide will be available later this month.

She said: “We know very little about pension outcomes after divorce and so this report is a very welcome addition to the knowledge base.

“Divorce is such an emotional time and people have so much to think about that they often just can’t focus on the pensions. But it’s vital for people to find out how much they are worth and to think about how to divide them fairly – for many people they are worth more than the family home."

How to become a trusted confidant 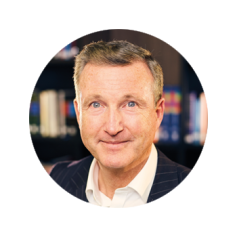 Pensions In Focus: Vulnerability
A service from the Financial Times