Britons relying on workplace pensions may end up with significantly less income in retirement than expected and perhaps even in poverty, governance services provider PTL has warned.

Calling it a "catastrophe" in the making, the independent trustee and governance services provider claimed that most workplace pension plans were being built based on defined contribution adequacy models that were outdated and overlooking some "major factors".

As a result, the managing director of PTL warned that many more members than previously thought are heading toward retirement with inadequate savings.

"But the problem is that many of those assumptions are out of date. As a result, we are over-estimating the levels of adequacy those members will achieve."

He said unless these models were fixed, members would end up with far less money in retirement than the models have given them reason to expect.

Butcher added: "Unless we fix the models, we’ll have many more unhappy members and, far more importantly, more members living below the standards of living to which they aspire - perhaps even in poverty.

"Beyond the human tragedy, this could cause significant damage to the brand of pension saving which has already suffered reputational issues over the years."

According to PTL, the key factors being overlooked include:

He added: “While it’s tempting to think employers or the government will step in, at the moment this looks unlikely.

"The impact of Brexit and Covid on some employers has made it impossible for blanket increases in contributions, and the government will need to focus what few resources it has left on growth generation."

There was a glimmer of hope however, Butcher said. As the pension system was becoming "progressively more efficient",  incremental gains can offset the impact of these factors.

The 12 per cent contribution rate has been put forward by several pension advisers and providers over the past few years.

As reported in FTAdviser last year, research from Aviva found while more people were participating in workplace schemes, there was still a long way to go for people to meet their expected income goals in retirement.

At the time, Laura Stewart-Smith, workplace savings manager at Aviva, said people needed to contribute more than the minimum rate set by government into their auto-enrolment schemes if they want to be able to retire comfortably.

She said: “It’s important that people don’t assume minimum contributions can fund their future, as it is often insufficient to provide the level of retirement income they want."

What do we need to set aside for retirement? Altmann: Why we need a social care Isa 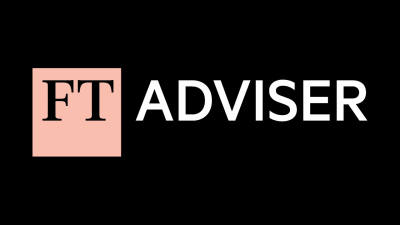