As the coronavirus crisis unfolded in the UK from March onwards, the UK’s key workers were faced with increasingly pressurised working environments and, in many cases, put themselves at significant risk of contracting the illness.

Wesleyan group chief executive Mario Mazzocchi understands all too well the toll that the pandemic has taken on GPs, hospital doctors and dentists, as the company was founded in 1841 to serve these professional groups, as well as teachers and lawyers.

“Clearly, our segment has been very much at the forefront of the crisis,” he says.

The shift to protection I don’t think is entirely driven by Covid-19, but it has been the trigger for some important reflections

A crisis on this scale required a similarly wide-ranging response, which is why Wesleyan announced a package of support measures for its customers in April, including free access to a 24/7 healthcare and wellbeing support hub called Wesleyan Wellbeing, offering online psychological triage assessments.

Mr Mazzocchi explains: “It’s critical for an organisation, especially in a segment that was so much involved with managing the unprecedented crisis, to show that actually we were there with them.”

Its charity, the Wesleyan Foundation, also gave more than £100,000 to multiple charities that support the mental health of key workers.

“If we think about how pressurised the environment has been, especially for hospital doctors at the peak of the Covid-19 emergency, we thought that it was a way to show support to our segment, to our customers, and really do something to support their mental wellbeing,” the chief executive says.

Among the support measures Wesleyan rolled out, one of the best-received was the change to its Practice Plan membership fees: in April and May it gave back half of the membership admin fee to dental customers.

Mr Mazzocchi acknowledges that the company “took the hit, but it was absolutely the right thing to do”.

He adds: “I think it sent a strong message, which was extremely well received.” And he notes that dentists were particularly hard hit by the crisis.

Then, in May, the board of directors made their own commitments, with each of the non-executive directors declining the scheduled increase in their pay and allowances for 2020, as well as pledging 10 per cent of their salaries to various charities over the following six months.

He adds that these were a “combination of actions that were reflective of the tougher trading conditions”.

Back in February, the company began readying itself operationally for the “worst-case scenario”, so that it was prepared when the lockdown was eventually implemented in March.

“We decided to act very proactively because it was the right thing to do to protect the business and to protect our customers,” he explains. 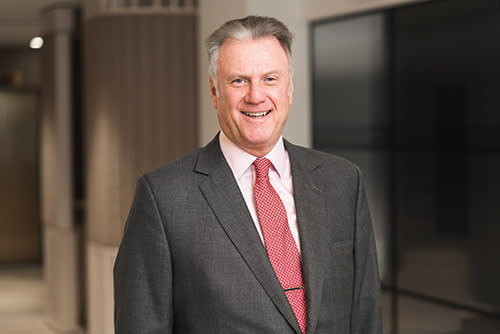