Cybersecurity risks must be taken seriously and many advisers are in denial about the damage a breach can inflict on their business, an adviser has warned.

Alistair Cunningham, financial planning director at Wingate Financial Planning, said cybersecurity was one of the biggest risks advisers faced and they would do well to prepare for it.

Mr Cunningham was responding to research published by Canada Life today (August 23), which found advisers thought the biggest issue they faced was compliance (72 per cent), followed by economic uncertainty due to Brexit (50 per cent) and time management (47 per cent).

But fewer than half (38 per cent) of the 185 advisers polled were concerned about cybersecurity or cyber crime.

He warned: "As someone who is tech-savvy, I would like to think I’m acutely aware of the risks relating to cybersecurity.

"I sincerely believe it is one of the biggest risks that many advisory businesses have and sadly one that many people would be in denial around.

"My suggestion would be to have an audit from a suitably competent expert, as like many such dangers, it’s understanding the previously 'unknown unknowns' that is most important."

Canada Life found about a third (36 per cent) of advisers were worried about cost margins or managing client expectations, followed by legal risk (34 per cent) and staffing and retention (25 per cent).

Advisers were least worried about competing with other advisory firms (17 per cent).

Overall, 71 per cent believed the risks to adviser businesses were greater now than they were five years ago, with only 2 per cent claiming the opposite.

Neil Jones, tax and wealth specialist at Canada Life, said: “The range of challenges in front of advisers is massive – they need to cut costs, reduce compliance burden through efficiency, appeal to an always-on generation wanting always-on answers, and defend themselves from cybercrime, to name just a few.”

According to Canada Life, advisers were turning to technology to deal with these issues through reducing costs and automating processes.

“There is some low hanging fruit for advisers, with automating part of the back-end business being one example.

“Potentially this can help increase efficiency, cut costs and, done right, may help reduce the regulatory hassle by automating part of the compliance burden.”

He added: “The challenge for smaller firms will be achieving this while keeping a tight lid on costs. Unlike larger firms, they’re a lot less likely to be able to employ a full time, IT specialist in house.”

Canada Life also found a third of advisers (36 per cent) were prepared to disclose their costs, showing a level of trust towards their clients.

Mr Jones said: “This implies a level of trust in their clients – by being open about profits and costs clients can understand exactly how much bang they are getting for their buck.

"To this extent, the Retail Distribution Review has had a positive effect in terms of levelling the playing field for transparent costs.” 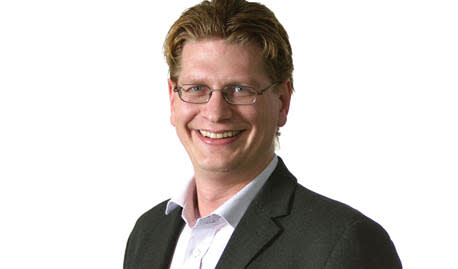