Japan’s monetary policy may have grabbed the headlines recently, but it is only sterling weakness that has saved its equity market this year.

For the year to date to September 22 the Nikkei 225 index has climbed 21 per cent in sterling terms, only slightly behind the S&P 500’s increase of 21.2 per cent, data from FE Analytics shows.

The Topix index is a little further behind, gaining 18.8 per cent in the period, but this is still higher than the FTSE All-Share index’s rise of 12.7 per cent.

However, the sense is that investors remain unconvinced.

Figures from the Investment Association (IA) show net retail sales of the IA Japan sector funds have fallen off in recent months, recording five consecutive months of outflows to July.

In contrast, the IA Japanese Smaller Companies group has seen flows seesaw in the past 12 months, but with much lower extremes. The worst outflows of £17m were registered in September 2015, while the best inflows of £17m occurred in June 2016 – when the larger Japan sector peer group recorded £149m of outflows.

In the wake of the recent Bank of Japan (BoJ) decision to implement “yield curve control” as part of its policy framework, Richard Kaye, portfolio manager at Comgest Growth Japan, notes: “The BoJ believes the current stimulus is working, that properly measured inflation is returning to the Japanese economy, and that emergency measures can be put on hold for now.

“We have seen a trend of companies in Japan telling that story, regardless of the macroeconomic data which have been ambiguous. We have seen the restoration of pricing power, for example at Uniqlo, areas of consistent consumption growth like Don Quijote, and investment growth at global leaders such as Nidec and Daikin.

This fund invests in good quality growth stocks and has a strong record of outperformance. It is a genuine stockpicking vehicle, which adopts a team approach looking for companies with a competitive advantage and forward-thinking management teams, and then ranking them by quality and price opportunity. This fund has shown it can perform comparatively well with this process in both rising and falling markets.

While we typically prefer to take an active approach to investing in Japan, there is an argument for using passive funds for those who want broad exposure to the country’s markets with lower charges. This fund aims to replicate the performance of the FTSE Japan index and has an annual charge of 0.21 per cent. It is ranked 24 out of 52 over three years within the Japan sector and 23 out of 49 across five years.

If you’re looking for one Japanese fund to give you consistent, long-term returns it is probably this one. The portfolio has a very experienced manager, who adopts a long-term, disciplined approach using the extensive in-house research resources of the Schroders investment team. While the fund can get left behind if markets race ahead, it stands up very well in more difficult times.

“Faith in Japanese growth stocks should continue to be rewarded in the long term by the reconfirmation that the country is not simply a defensive value market, but a dynamic opportunity when companies’ potential is realised.”

In addition, NN Investment Partners suggests that higher corporate profitability and greater political certainty means Japanese equities may be preferable to those in an area such as the eurozone.

Patrick Moonen, principal strategist multi-asset at NNIP, says: “In Japan we see less political risk and better profitability than in the eurozone. On top of that, on a price-to-book and a price-to-earnings metric, Japanese equities are 20 per cent cheaper than eurozone equities.

“On the other hand, eurozone equities offer a higher dividend yield, which in times of yield scarcity could be an asset. In 12 months’ time our political concerns could well prove to be overestimated. For markets, less bad is often good enough, so we stick only to a small underweight eurozone and a small overweight Japan.” 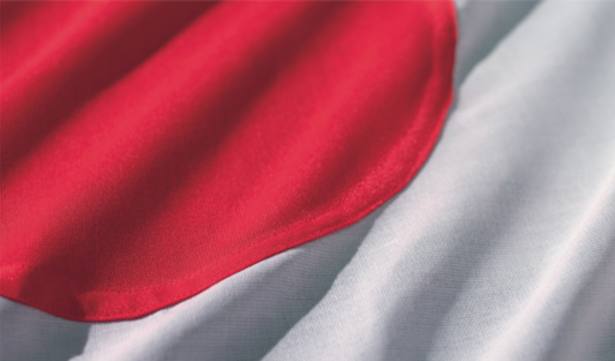