Two more people have been jailed for their part in laundering over £1.2m as part of a boiler room operation.

Nadirah Peters, 39, of Lawn Road, Southampton, and Carl Maude, 57, of Kennet Drive, Milton Keynes, were sentenced to 13 months in prison each.

They were sentenced on Wednesday (20 June) at Luton Crown Court for laundering money through their bank accounts, in order to help facilitate the operations of four ‘boiler room’ operations.

The duo were part of a group who laundered money stolen from victims, who thought they were investing in legitimate ventures, but were instead paying into the fraudsters’ bank accounts.

The court heard how Peters, Maude and the other five men opened bank accounts for fake businesses and laundered a total of £1,249,309, which had been stolen from around 180 victims who thought they were investing in gold or broadcast airtime.

Detective Constable Joby Reeve, from the City of London Police’s Fraud Squad, said: “Despite claiming they were unaware that the money they laundered was from a boiler room operation, our investigation has shown that Peters and Maude knew all along."

As well as Peters and Maude, the Fraud Squad’s investigation also uncovered five other men who were involved in laundering the stolen money, and they were sentenced in February this year.

The City of London Police’s Asset Recovery Team has already commenced confiscation proceedings into the five men sentenced earlier this year, and they will now include the money laundered by Peters and Maude into this to ensure those involved don’t benefit from the proceeds of crime.

DC Reeve added:“People should always be wary when they receive a cold call and never take up offers of investments on the spot. If you have been a victim, it’s also important that you are cautious of any further cold calls you receive, as fraudsters may claim they are aware of your previous investments and can help you get back the money you have lost.” 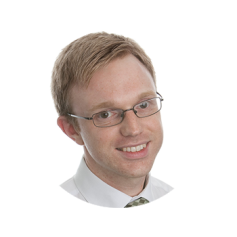 Diary of an adviser

Diary of an adviser: Nikki Rowell