Pressure has been put on the government to give downsizers a stamp duty break after new research showed 25 per cent of over 50s are struggling to afford the cost of moving house.

Saga, an insurance and holiday provider for the over 50s, has today (April 7) called on the government to allow one stamp duty-free move for those choosing to downsize in retirement.

A survey of 2,000 people, conducted in February of this year, showed that 70 per cent of potential downsizers were keen to move as their current home was too large.

On top of this, nearly three quarters of over 50s supported the one stamp duty-free move, according to a poll of Saga members also conducted in February.

Saga stated that with the current shortage of housing across the UK, downsizing could be part of the solution to help free-up housing for families and those looking to climb up the property ladder.

In another member poll conducted by Saga in April, nearly half of those over 50 said they would consider downsizing as an option to help fund their retirement.

In the 2019 Spring Statement, the Treasury stated the removal of stamp duty for first-time buyers had helped about 240,000 people get onto the property ladder for the first time.

According to Saga a similar break for those who are downsizing could have a multitude of benefits which include the release of homes onto the market.

Jeff Bromage, managing director at Saga Money, said: "For many years we have been calling for stamp duty-free breaks to increase liquidity in the market. It was great that the government acted to help first-time buyers, but this is only part of the solution.

"More needs to be done to help free up more family homes to the market in order to continue the supply of first homes. A large proportion of our members have told us that they would like to move to a smaller home so they can release money from their homes – either for themselves or to give to their families –  but the costs associated with doing so are preventing them.

"With nearly three quarters of the over 50s supporting this stamp duty break, and with this figure continuing to rise year on year, we are urging the government to reconsider this exemption – to support potential downsizers, their families and the wider housing market."

John Phillips, group operations director at Just Mortgages and Spicerhaart, agreed with the need for a stamp duty break.

He said: "There is a lot of criticism of older people taking up all the ‘family homes’. But when you consider that an older couple can’t buy a smaller property without spending a huge amount of money on stamp duty, but can stay where they are for nothing, why would they move if it’s cheaper to stay put?

"Stamp duty brings in around £8bn a year to the government’s coffers – sounds an awful lot, but when you consider the government gets more than five times as much from duties of whisky, cigarettes and petrol, and it puts things into perspective." 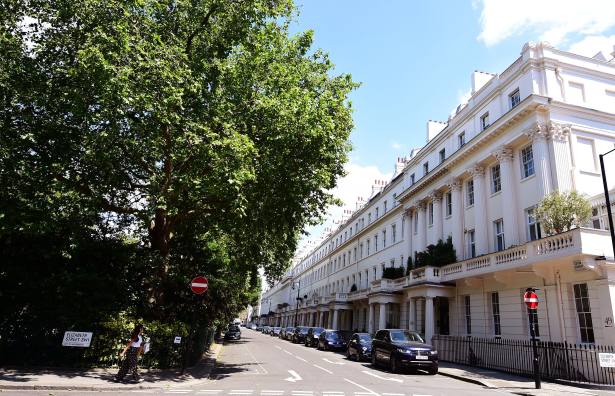 Warning for Bank of Mum and Dad as Covid increases generosity Mortgages Stamp Duty Property
A service from the Financial Times