New prime minister Rishi Sunak officially set out his cabinet appointing Mel Stride as the new secretary of state for work and pensions.

Stride replaced Chloe Smith who was given the role by former prime minister Liz Truss.

Smith said it had been a “privilege” and thanked the staff at DWP “for their dedication to helping people into work and protecting the most vulnerable”.

Stride has been the chair of the Treasury committee since October 2019.

In a number of official updates yesterday (October 25), it was revealed that Sunak rewarded a number of allies with cabinet posts, including keeping Jeremy Hunt as the chancellor of the exchequer.

Hunt's predecessor Kwasi Kwarteng was sacked earlier in the month after mounting pressure on the government to reverse the tax cuts announced in the “mini” Budget.

The policies triggered a rush for the door for gilt investors, and the pound sunk to its lowest value against the dollar after £43bn of unfunded tax cuts were unveiled.

Many prominent supporters of Sunak were given positions, including Dominic Raab as deputy prime minister, Simon Hart as chief whip and Grant Shapps as business secretary.

All of them were left out of Truss’s cabinet.

Other cabinet appointments included Michael Gove as secretary of state for Levelling Up, Housing and Communities and John Glen as chief secretary to the Treasury.

Truss had appointed James Cleverly as foreign secretary, and Suella Braverman as home secretary in her cabinet, both of which Sunak reappointed for his.

Braverman quit the government a day before Truss resigned, and she used her resignation letter to issue a thinly-veiled swipe at the former PM.

According to the FT, Truss was told to quit by senior Tory members the day after the home secretary resigned.

Elsewhere, Steve Barclay has been appointed as secretary of state for health and social carewhile Sunak’s top rival Penny Mordaunt, who conceded minutes before the deadline, was re-appointed as lord president of the Council, and leader of the House of Commons.

Sunak’s appointment as prime minister follows the departure of Liz Truss last week, who resigned after 44 days in the role.

He previously went up against Truss for PM in September, but lost.

This was the second Tory leadership race this year, with the first beginning in July after former leader Boris Johnson announced his resignation. His departure was preempted by at least 50 government minister resignations in less than a week.

Sunak had accused Truss of planning to borrow £50bn to fund her programme of tax cuts which were announced in a "mini" Budget before nearly all being reversed this month. 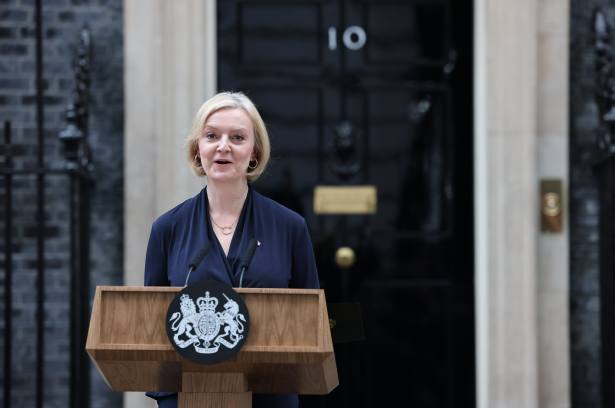 Pensions Economy
A service from the Financial Times